Pics from a recent trip to Milan in northern Italy (also Genoa, coming in the next post). Like many Americans visiting Italy, I’ve often simply passed through Milan — oftentimes missing the city entirely. And I’ll admit that most of the time I didn’t care, what with destinations like Piedmont, Tuscany, Alto Adige or Friuli on the horizon. This time, however, thanks to a long working assignment for a friend, I decided to pay the city a proper visit.

Milano has a citywide bicycle rental program where members pick up and park bikes at stations like the one pictured above. And they’re not shy to set up the stations near main points of public interest, in this case, Piazza Duomo.

People lounging on the roof of the Duomo in Milano, above. From here there are great views of the modern city skyline, below.

Yes, there’s plenty of bustle and traffic in Milan, but like all Italian cities, the center is built to a walkable scale (the neighborhoods for that matter, too). Happily there’s an efficient metro service that makes getting around a snap.

…And more churches, some quite old and fashioned out of the ruins and remains of ancient Mediolanum, an important Roman and pre-Roman city.

And instead of billboards, there’s a tendency in Milan (like Rome) to cover scaffolding and building works with ads. Here’s Elvis pimping vodka over a cocktail bar amusinglycalled Exploit.

Of course, wandering the city’s streets… 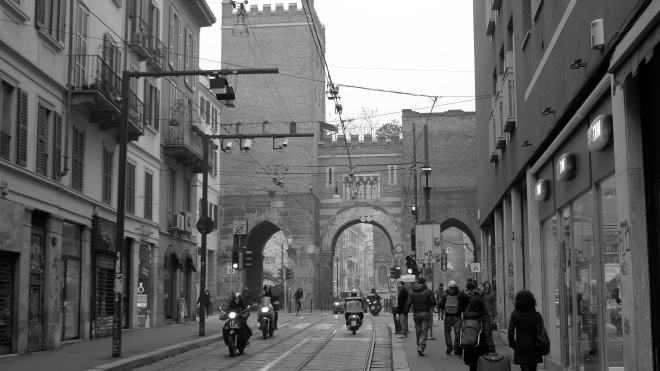 …Isn’t complete without a cup of artisan gelato in your hand! 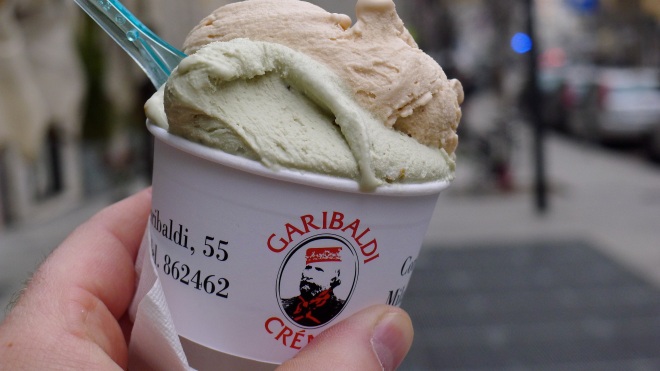 Apparently stencil graffiti is popular in Milan too. 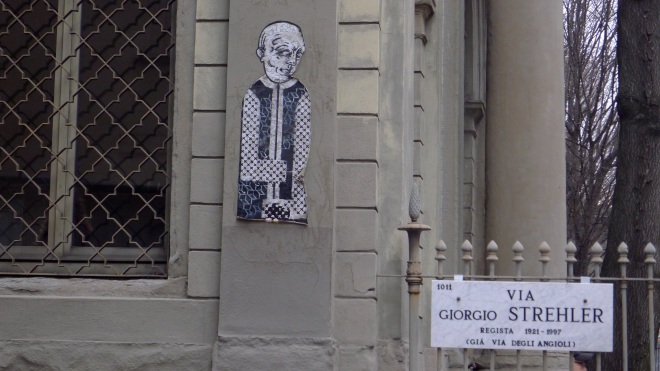 And I definitely did *not* eat here.

But there’s a fantastic restaurant and bar scene in Milan, and, as I should have expected for a modern city of this size, there’s also a young, vibrant wine scene.

(That’s an excellent book, by the way.)

Of course, when you can score ’04 Carema from the excellent co-op Producttori Nebbiolo di Carema for around 15 euros in a shop, it’s hard to leave the balcony at home.